Skip to content
You are here
Home > Nix vs Rid: Which is Better?

"As far as lice shampoo, usually suggest NIX as the go-to product. But, you’ll likely have just as much killing-power with RID as you do with NIX when you follow this battle plan." - Nurse Kevin, RN - School Nurse

Pediculicide. That's a big word. That's not a fun word. If you have discovered lice, you will want to read this article right now. If you are looking to understand lice and keep it out of your child's head and your home, you'll want to read this article. We'll discuss the main two pediculicides ( lice shampoo ) on the market right now (as well as their generic counter parts): Rid by Bayer and Nix by Prestige Brands.

Piperonyl Butoxide or BPO does not kill lice. However, it’s the “gasoline” (figuratively speaking) that helps the Pyrethrum (the lit match) to do its job. I have some concerns about the toxicity of BPO. Simply put: BPO is a synergist and a synergist helps another chemical work better than it would by itself.

Pyrethrum ("pie-wreath-rum") is a natural insecticide made from certain species of the chrysanthemum. A chrysanthemum is a flower. 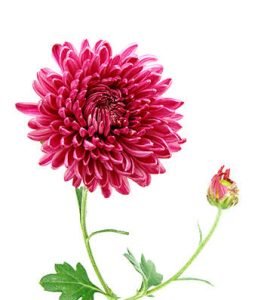 Permethrin is NIX’s active ingredient and is an insecticide in the pyrethroid family. Pyrethroids are synthetic chemicals that act like natural extracts from the chrysanthemum flower. NOTE: This chemical is NOT made from the flower like pyrethrum (RID). I do have some concerns over the claims that NIX makes regarding "Kills Lice Eggs" and "Protects against lice reinfestation for 14 days." Once you understand those claims in comparison to the “science” of their method of killing bugs, you’ll better understand why I don’t agree with these two claims.

Pyrethrum (RID) and Permethrin (NIX) both work on the nervous system of the louse. Depending on the stage of development of the nit will determine the effectiveness of either of these Pediculicides. If the developing louse in the protected nit has not developed beyond the development of the nervous system, the pediculicides may not kill the developing louse. To put this in simple terms: DO NOT RELY ON EITHER OF THESE PRODUCTS TO KILL THE LICE EGGS.

Regarding the “Protects against lice reinfestation for 14 days” claim: Permethrin (NIX) is environmentally persistent. What that means is this: It hangs around longer. Good? Bad? Yea...it’s a guess.

I have read studies that suggest NIX is a better product and is more effective. And, when folks ask, I usually suggest NIX as the go-to product. But, you’ll likely have just as much killing-power with RID as you do with NIX when you follow this battle plan.

RID contains pyrethrum and NIX contains permethrin. But what does that mean? Is one better than the other at killing lice and what about all those eggs?

You’ve found lice on a head in your home. WHAT THE HECK!? Okay, don’t sweat. You’ve got this. Read this LICE BATTLE PLAN and get them bugs gone!!

Learn more about lice. You have an 2-3% chance of lice coming into your home this year. The more you know about these pests the better prepared you’ll be.